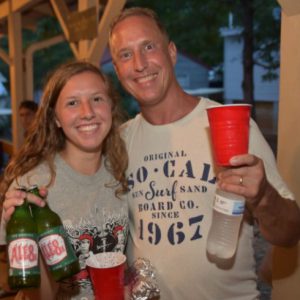 n 1953, the Board of Trustees appointed A.L. Luce and Lawrence Houston of Fort Valley, Georgia, to consider the idea of building a “refreshment and recreation center for the youth”.  However, the idea wasn’t met with 100% enthusiasm.

Some people objected to the idea because they thought such a social center would “hinder the spiritual atmosphere of the camp and turn it into a playground”.  The Board took the criticism into consideration but proceeded to build the Snackateria where the old livery stable used to stand.  This area housed horses, watering troughs, buggies and wagons.

“A lot more is being served at the Snackateria besides amazing peach shakes, incredible hamburgers and great fellowship.  God works on the porch of the Snackateria every night!”